It was a pleasure speaking to Catrin Einhorn yesterday about her work on FATHER SOLDIER SON on @theaskpodcast. I look forward to sharing our interview very soon. https://www.netflix.com/title/81002464 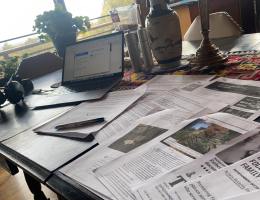 Next on The Ask, a conversation with journalist and filmmaker Catrin Einhorn about her work directing Father Soldier Son

Welcome back to The Ask. If the last episode on this podcast was about hope, then this episode is about heroism.   Learn more here: https://www.netflix.com/title/81070008 I invite you to join acclaimed filmmaker Barry Avrich and myself, as we explore his award-winning work on his feature documentary film: PROSECUTING EVIL: THE EXTRAORDINARY WORLD OF BEN…

It was a pleasure speaking to decorated filmmaker Barry Avrich about his important work on #ProsecutingEvil. A moving biography of the last surviving Nuremberg trials, the legendary @BenFerencz. I look forward to sharing our interview soon on @theaskpodcast. 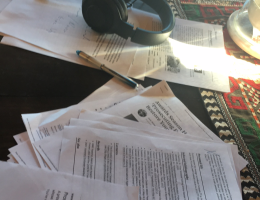 Filmmaker Barry Avrich soon to discuss his work on his feature documentary about Ben Ferencz, the last living Nuremberg prosecutor. 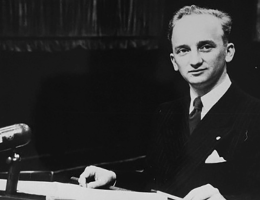 Next on The Ask, a conversation with filmmaker Barry Avrich about his work directing Prosecuting Evil: The Extraordinary World of Ben Ferencz

The Ask is now available on Spotify podcasts!

Check it out here:

Read more The Ask is now available on Spotify podcasts!

In our first episode for 2021 I would like to explore the idea of hope. In 2015, a sense of despair swept throughout Afghanistan. The Obama administration’s surge to suppress and route the Taliban had ended long ago – and as the United States continued the long drawdown from the country, the Taliban were resurgent.…

Next on The Ask:

As we approach the end of 2020 I want to a moment and look back on the first months of The Ask Podcast. This podcast launched in Episode 1 with a roundtable discussion with Professor Thongchai Winichakul, Professor Clare Veal, and journalist Teirra Kamolvattanavith to look at the history and consequences of the Thammasat University…

In this episode of The Ask filmmakers Alex Gibney, Ophelia Harutyunyan, and Suzanne Hillinger discuss their work on Totally Under Control. About the film: TOTALLY UNDER CONTROL – Official Trailer Learn more here: https://neonrated.com/films/totally-under-control Our Episode Guests: Filmmaker Alex Gibney Filmmaker Alex Gibney won the Oscar in 2008 for Taxi to the Dark Side, an… 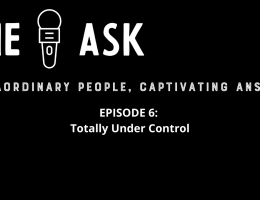 It was a pleasure recording the next episode of The Ask with Oscar winning filmmaker Alex Gibney, Suzanne Hillinger, and Ophelia Harutyunyan. I am looking forward to sharing our discussion about their important feature documentary TOTALLY UNDER CONTROL soon! 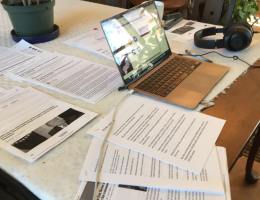 Happening This Sunday on The Ask. ^_^

I feel truly honored to have this opportunity to interview Suzanne Hillinger, Ophelia Harutyunyan and Alex Gibney about their important work on Totally Under Control on The Ask podcast this Sunday. 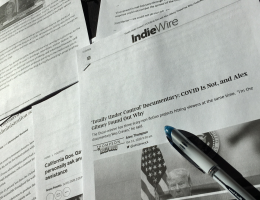 Read more Happening This Sunday on The Ask. ^_^

Next up on The Ask this December. Alex Gibney, Suzanne Hillinger and Ophelia Harutyunyan discussing their work on the groundbreaking investigative documentary, Totally Under Control. A feature length documentary that asks one simple, haunting question: What if the US government had done its job?

The next episode of The Ask with Saeed Taji Farouky / @saeedtaji is well into post-production. Looking forward to publishing episode 5 soon. ^_^ #theaskpod #SaeedTajiFarouky

It was a pleasure having filmmaker Saeed Taji Farouky over on The Ask. We’re looking forward to sharing our discussion about his film, Strange Cities Are Familiar, and his work on the SLG Film School soon!

Episode 4 – Blood on the Wall with Nick Quested

In this episode of The Ask filmmaker Nick Quested discusses his work on Blood on the Wall About the film: Blood On The Wall | Trailer Learn more here: https://films.nationalgeographic.com/blood-on-the-wall Our Episode Guest: Filmmaker Nick Quested Nick Quested is executive director and owner of Goldcrest Films, where he has built one of the world’s premiere… 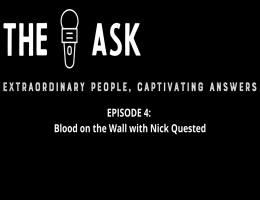 Read more Episode 4 – Blood on the Wall with Nick Quested

Blood on the Wall Preview

Here on The Ask we are very excited to interview Oscar nominated filmmaker Nick Quested about his latest feature documentary: BLOOD ON THE WALL for National Geographic Channel. Look out for our next podcast soon and be sure to check out the documentary here: https://films.nationalgeographic.com/blood-on-the-wall 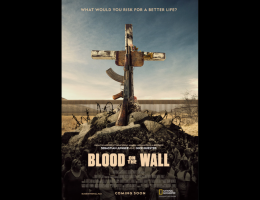